NASCAR CEO and chairman Brian France apologized Monday afternoon and stepped aside after his DUI and possession arrest Sunday night.

“I apologize to our fans, our industry and my family for the impact of my actions last night,” France said in an emailed statement. “Effective immediately, I will be taking an indefinite leave of absence from my position to focus on my personal affairs.”

France was stopped Sunday night after running a stop sign in Sag Harbor, New York in the Hamptons.   Police found him to be under the influence after detecting a strong odor of alcohol and noticing that France was slurring his words. Police later found his blood-alcohol level at twice the legal limit. 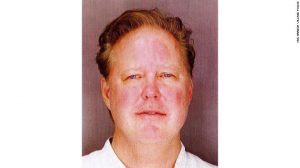 During a search of his 2017 Lexus, police found five oxycodone pills.  France, 56, was arrested and held overnight. He was arraigned at the Sag Harbor Village Justice Court on Monday morning and then was released on his own recognizance.

France is the grandson of NASCAR founder “Big” Bill France. Brian France took over as chairman and CEO of NASCAR in 2003.

Brian France has a court date of Sept. 14.