Blaney won the first Duel taking the lead from a dominant Joey Logano on an overtime restart.  The Team Penske trio of Logano, Blaney and Brad Keselowski had the top three spots tied up for most of the race.

Blaney’s good friend Bubba Wallace was second on the final lap, but a hard charging Logano was able to get by him at the checkered flag.

“ First off, I have to thank everyone (back here),” Blaney said. “(That) was a little weird that there was no water being sprayed. It was very unenthusiastic (laughs). Yeah, I saw (he) was third and I’d figure he’d give me a good push. He did a great job all race.”

Keselowski saw his hopes for a win evaporate when Jamie McMurray tried to make a pass on the outside entering turn 3 two laps from the end.  The ensuing crash brought out the races fourth caution and setup up an overtime finish.

David Gilliland also crashed, his solo spin coming on lap 46; Jimmie Johnson also saw his hopes for a good starting spot go out the window on lap 9 when he lost a tire entering turn 1. He spun up into the wall and swept up Aric Almirola. Both were forced to backups and will start at the rear of the field Sunday.

“As I was coming into the tri-oval I could feel the car starting to shake,” Johnson said. “There is kind of a shake when you have a soft tire and I knew what it was and tried to pull out of line and I thought I had it under control, but as I exited the tri-oval, it finally went flat and turned me sideways and unfortunately, I collected Aric (Almirola) in the process.”

William Byron, in his debut in the Hendrick Motorsports No. 24 Chevy spun after Ricky Stenhouse Jr. got close entering turn 1 on lap 40. Byron’s Chevy nosed into the wall and was done for the day. He will be one of seven drivers going to back up cars on Sunday.

“That was kind of the worst possible spot to get on my quarter panel and I just lost it,” Byron said.  “I just got sucked around-the air moved me around.  Other than that, it was going pretty well before then.  I hate it that we tore up a car but we will go to work and get ready for the 500. We were all kind of riding in a single-file line, and a couple of guys were trying to make the bottom work and just got sucked around.”

Denny Hamlin, already owning a guaranteed starting spot on the front row for Sunday, took the lead of the second Duel early.

During the ensuing pit stops, Elliott was penalized for his crew going over the wall too soon and sent to the rear of the field.

Unlike the first race with most of the field strung out single file the middle part of the second Duel featured two by two battles up front, while Elliott methodically worked his way forward.  By lap 24, Elliott was second and took the lead on lap 26.

Over the final laps, the field strung out single file with the only moves coming on the final two laps.  Elliott was able to hold off Harvick on the final lap for his second Duel win in three Duel starts.

“To be honest with you, I was kind of trying a bunch of stuff,” Elliott said of his moves to hold off the field in the final laps. “I wasn’t sure what to do. This new package is a little different. The way these cars draft is a little strange compared to what we’ve seen in the past.  I don’t 100% know that anyone has it figured out. I think we are all trying to learn and see what the best position is to be in and when is the best time to be there.  We will go to work on Sunday and try to get them then.” 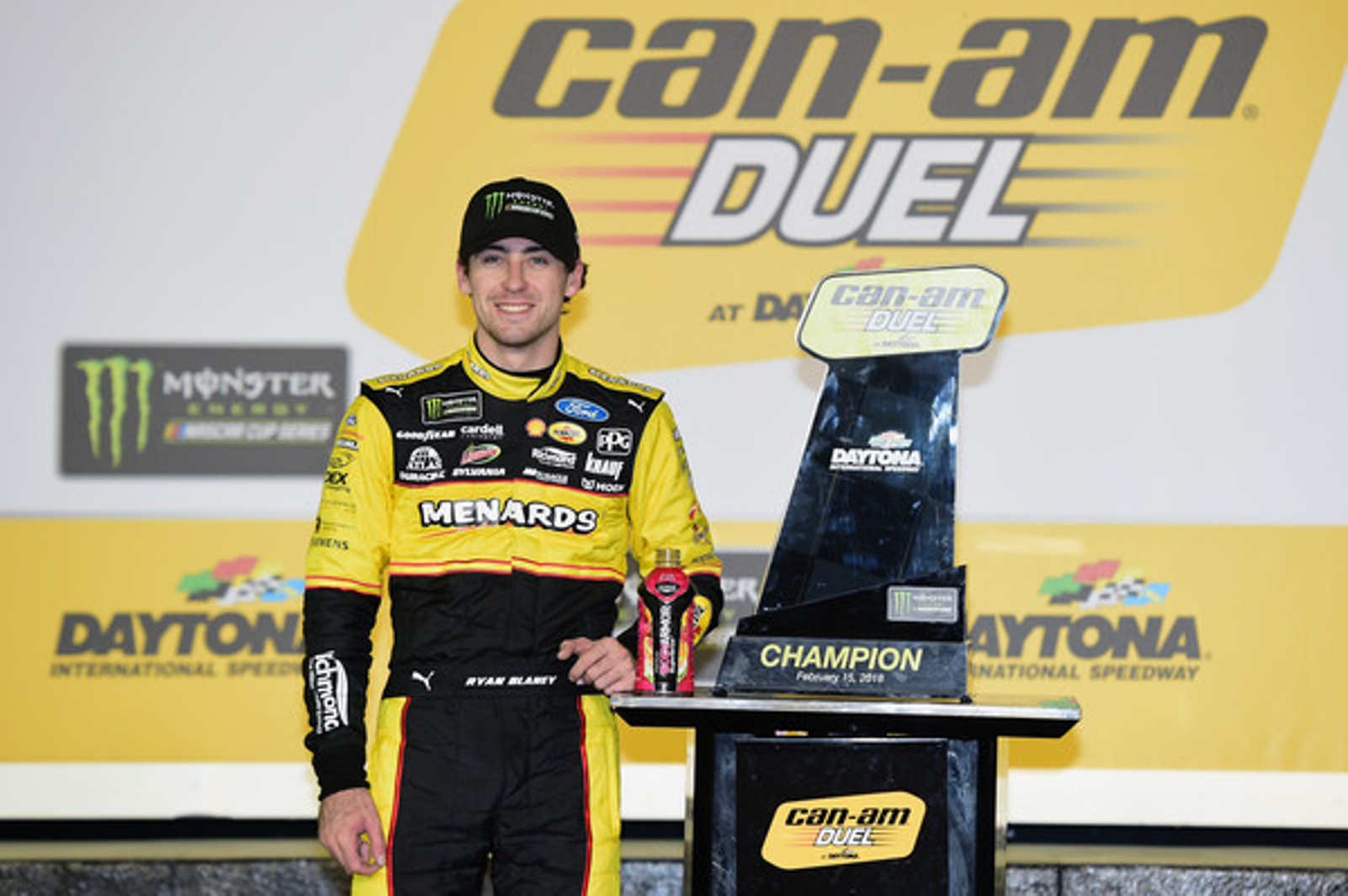