Team owner Roger Penske joined Daytona 500 winner Austin Cindric to wheel his race-winning car inside the Motorsports Hall of Fame of America at Daytona Tuesday. The car will stay at the museum located at the speedway until next year’s race.

Before the Daytona 500, NASCAR announced that the winning car would not have to be displayed in the museum, where that year’s Daytona 500 winning car normally resides .That was due to concerns from the teams regarding the inventory of Next Gen cars. Indeed, Penske hung onto the car as a backup for several races following the event.

But now, with more cars in the shop, the team wanted to put it “where this car belongs,” Cindric said. 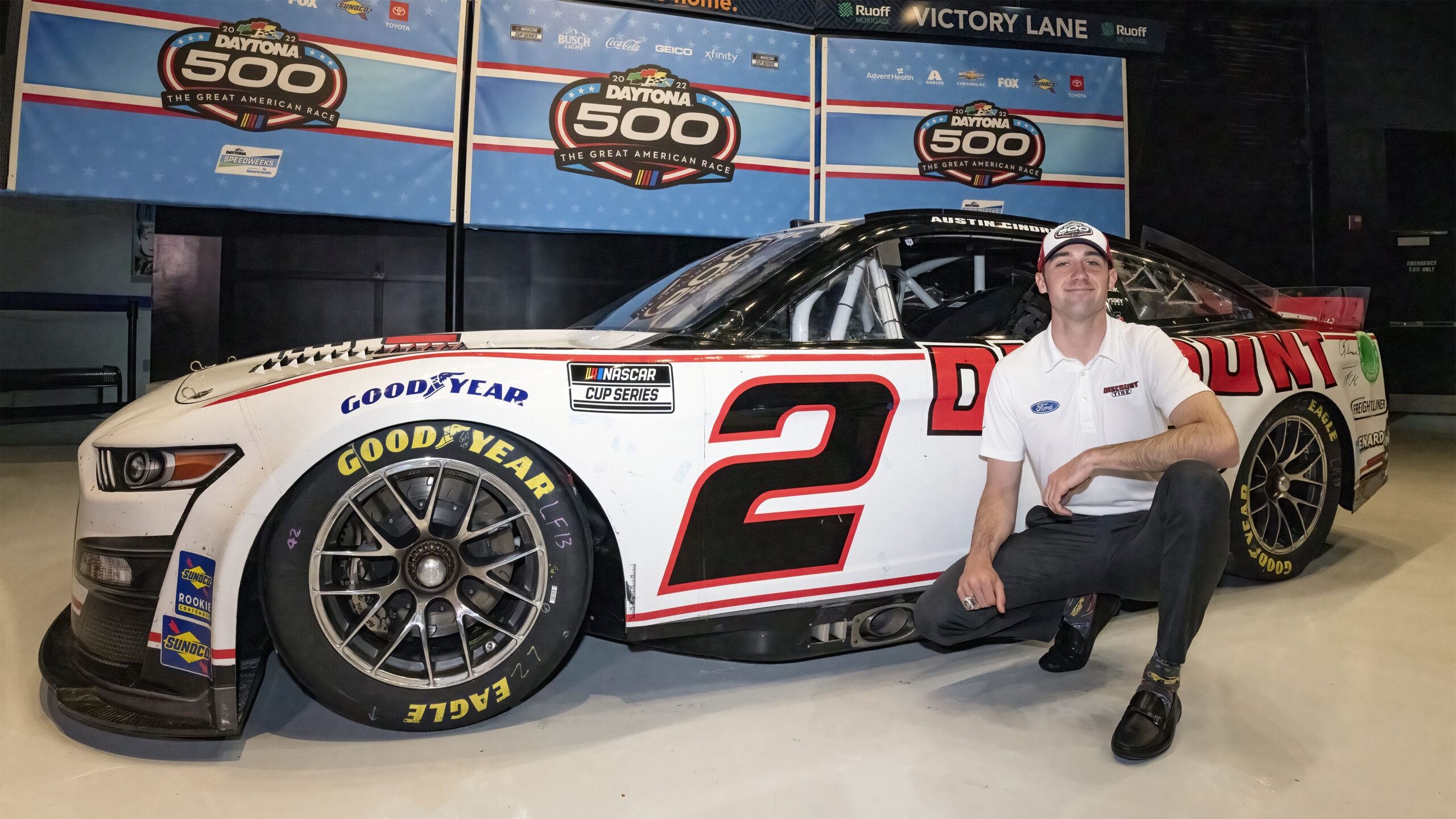 “It’s an honor to have this car in this museum,” Penske said, speaking to his desire to keep the tradition, which dates back to 1997, alive. “This is a special car for us also. To see all the support we had for the Daytona 500 with the fans and our sponsors, and certainly a winning car, it should be in this museum.”

He acknowledged the supply chain issues that forced the team to hold onto the car, but he said that “NASCAR sat down with us, we worked out the details for our inventory going forward, and we’re here.”

“It’s awesome that the car is here,” Cindric said. “What an amazing accomplishment.” “Awesome to think I will be on that Hall of Winners. It was the 50th Anniversary of AJ Foyt’s Daytona 500 win, and he is one of my heroes, so to have my name there is something special.”

While Cup teams are limited to just seven cars in the shop, as the Daytona News-Journal points out, supply issues had initially kept teams far below even that and taking the Daytona winner to West Coast races was a necessity for Penske. The cost cuts promised by the Next Gen, though, promise that lack of cars shouldn’t be an issue throughout the field.