NASCAR’s best drivers will once again face off at Texas Motor Speedway on May 22 for the 2022 All-Star Race. The Great American Speedway will put $1 million up for grabs, but the winner will have to fight for it in a 125-lap duel.

“The NASCAR All-Star Race highlights our best athletes – from the driver to road crew to the pit crews – and this year’s edition brings that to another level,” said Scott Miller, NASCAR’s Senior Vice President of Competition. “Fans will have a full weekend of exciting competition starting with a unique qualifying format and an All-Star Race that features the top talent in our sport.”

Adding to that excitement will be new changes for this year, chief among them changes to the qualifying format. The eight fastest qualifiers will compete head-to-head in a race from pit road to the finish line. Their crews will perform a four-tire stop at the start sound, sprint down pit road without a speed limit, and race back to the finish line. The winner of each pairing advances to the next round, and the winner of the fourth gets the pole.

The race itself will consist of four stages. The winners of the first three 25-lap stages will determine the first, second, and third place starters for the final stage. Once again, a pit speed will come into play, as a mandatory four-tire pit stop at the stage break following the second stage will be competitive. The team with the fastest stop will start the final stage in fourth.

The final stage will be 50 laps, with a mandatory caution in the middle. If a natural race caution doesn’t come out between laps 15 and 25, officials will call an “All-Star competition caution.” That sets up a sprint for the race win and a million dollars.

The incredible intensity of the drivers and teams as well as the Texas-sized excitement from our race fans is what makes the NASCAR All-Star Race just that much more special,” said Texas Motor Speedway General Manager Rob Ramage. “The never-seen-before qualifying format will put even more pressure on drivers and pits crews to perform at their peak. Combining that with the easier-to-follow race format will create more action-packed competition for race fans at Texas Motor Speedway and those watching on FS1 as they watch their favorite drivers battle to earn a $1 million payday.”

All race winners from 2022 and 2021, as well as previous All-Star winners and Cup Series championships, are eligible. Four other drivers can earn their way in. Three drivers will advance to the big race by winning a stage in the All Star Open, a sprint race with stages of 20, 20, and 10 laps. One remaining driver will join the field after winning a fan vote, which is currently available for voting.

Adding to the show for fans at the track will be an hour-long  concert live at by Blake Shelton before the race and by Mexican rachero group Banda MS. 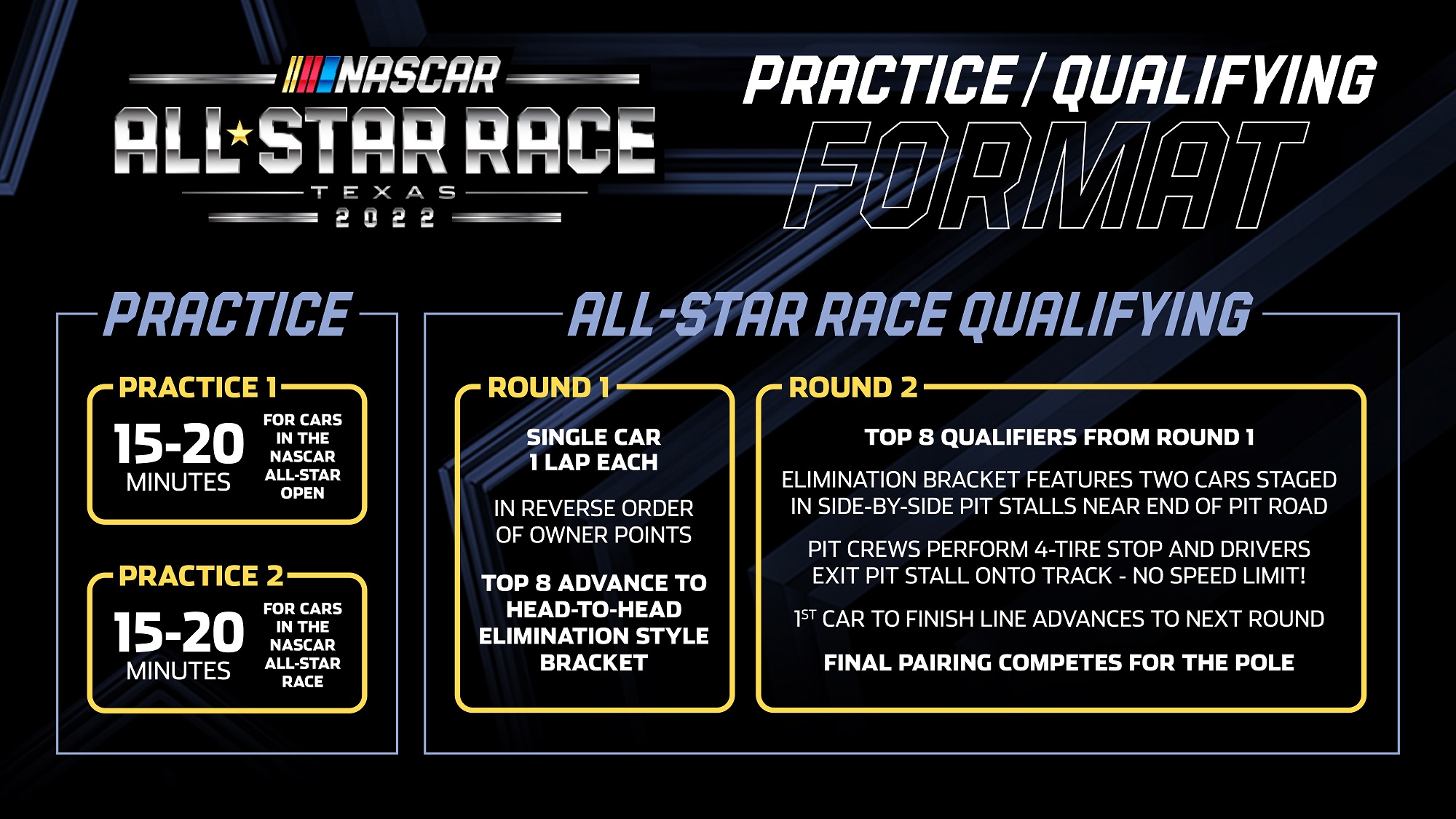 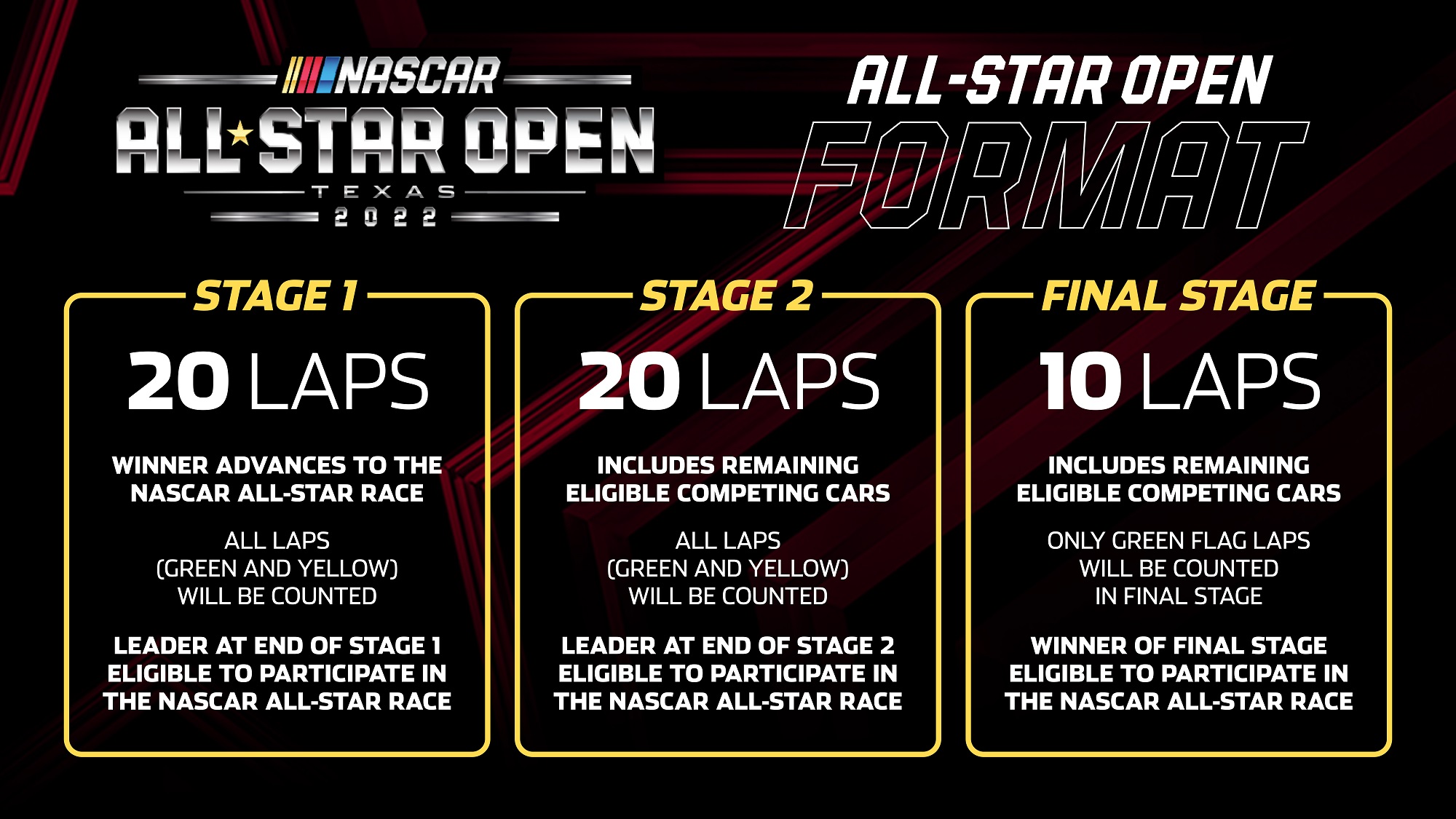 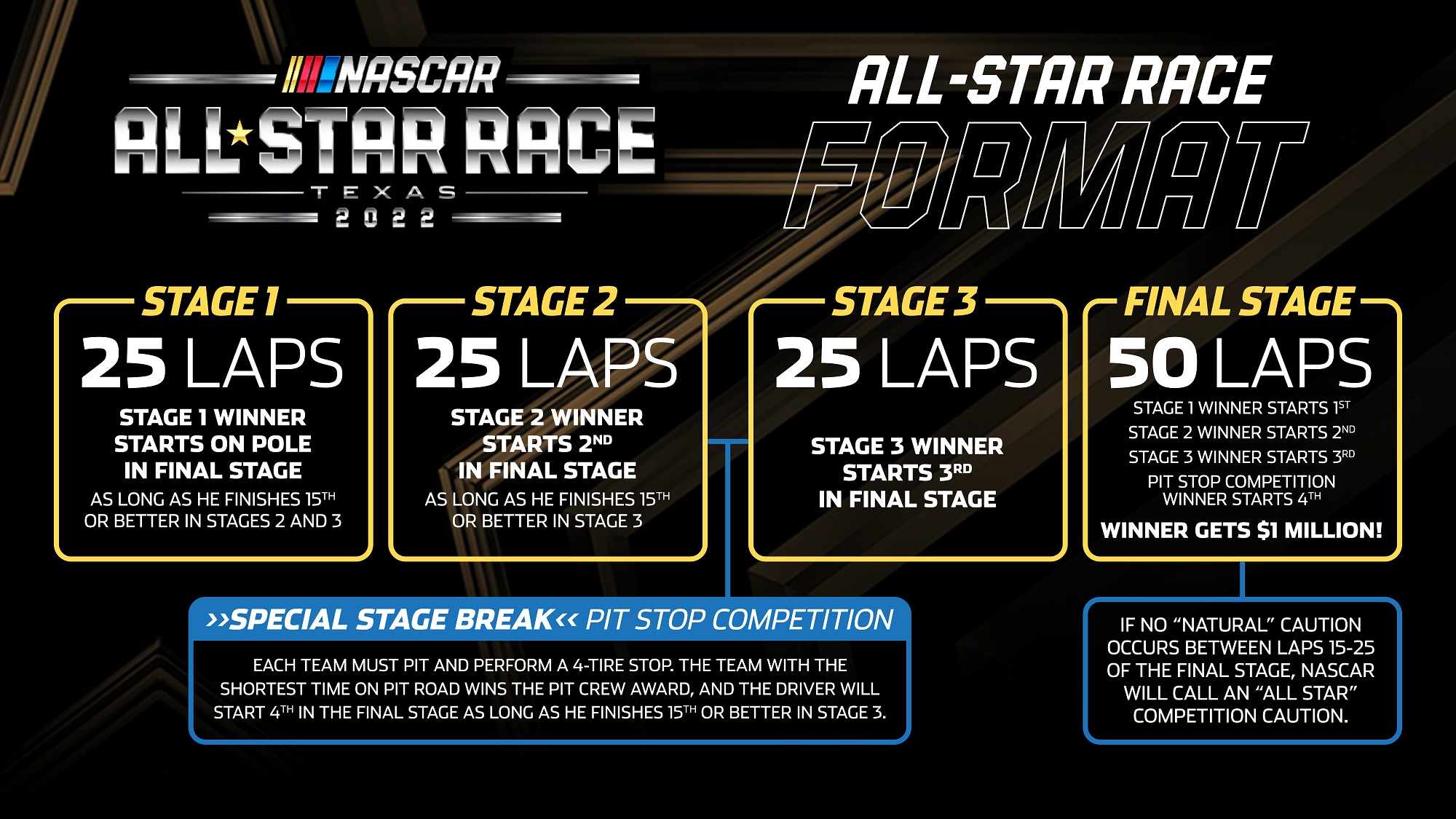